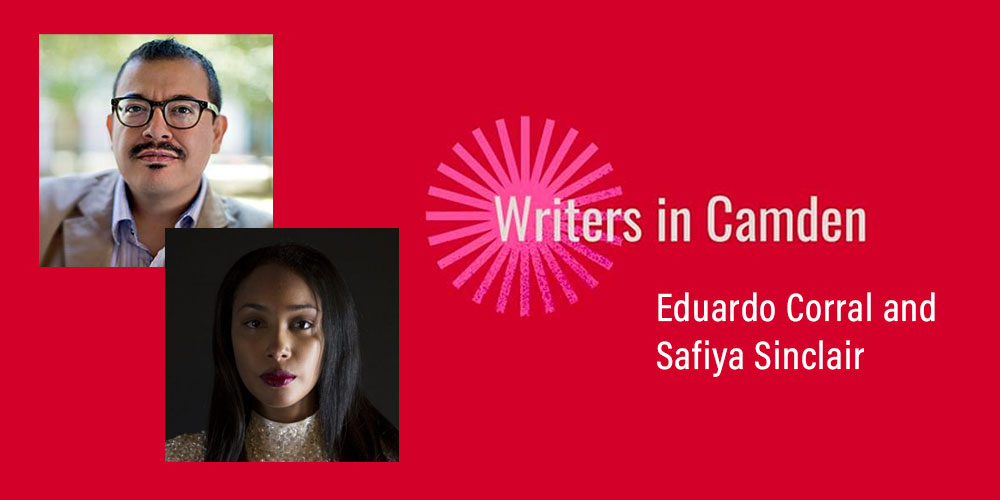 The Writers House will continue its Fall 2021 Writers in Camden Series on Wednesday, November 17th. Poets Eduardo Corral (Guillotine) and Safiya Sinclair (Cannibal) will read from their work.

This free event runs from 7 – 8:30 PM EST and registration is required.

Eduardo C. Corral is the son of Mexican immigrants. He’s the author of Guillotine, published by Graywolf Press, and Slow Lightning, which won the 2011 Yale Series of Younger Poets Competition. He’s the recipient of a Whiting Writers’ Award, a National Endowment for the Arts Fellowship, and a Hodder Fellowship from Princeton University. He teaches in the MFA program at North Carolina State University.

Safiya Sinclair is the author of Cannibal (University of Nebraska Press, 2016), winner of a Whiting Writers’ Award, the American Academy of Arts and Letters Addison M. Metcalf Award, the OCM Bocas Prize for Caribbean Poetry, the Phillis Wheatley Book Award, and the Prairie Schooner Book Prize in Poetry. It was selected as one of the American Library Association’s “Notable Books of the Year,” and was a finalist for the PEN Center USA Literary Award, as well as being longlisted for the PEN Open Book Award and the Dylan Thomas Prize.  Her forthcoming memoir, How to Say Babylon, will be published by Simon & Schuster.

This program is made possible in part by a generous grant from the National Endowment for the Arts.