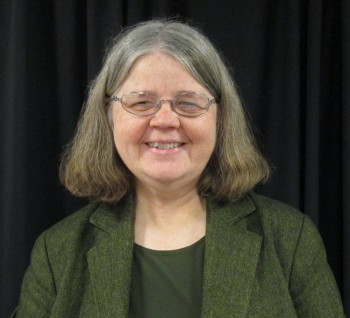 Dr. Charlene Mires is one busy scholar.  This spring semester, in addition to awaiting the publication of her book Capital of the World: The Race to Host the United Nations by the NYU Press in March, the associate professor of history will be teaching a graduate-level course, Historic Interpretation, preparing for a regional meeting of the National Park Service, and editing and coordinating the work for The Encyclopedia of Greater Philadelphia, which is a digital information resource.  The National Park Service meeting and the encyclopedia are part of Charlene’s work as director of the Mid-Atlantic Regional Center for the Humanities (MARCH).  MARCH, which is housed at Rutgers-Camden, “promotes innovation and collaboration in public humanities – especially in the world of public history, MARCH builds bridges between academia and professionals who work in historic sites, museums, archives, and other cultural organizations.”  The center also aims to educate Rutgers-Camden’s graduate public history students about the identity and heritage of the Mid-Atlantic region. Formerly headed by Dr. Howard Gillette, Professor Emeritus of History, Dr. Mires joined Rutgers-Camden as MARCH’s director in 2010 from Villanova University, where she was associate professor of history.

Before Charlene began her career in academia, she was a journalist, writing for newspapers such as the Michigan City (Indiana) News-Dispatch, the Fort Wayne (Indiana) News-Sentinel, and the Philadelphia Inquirer. She was drawn to this field because she would “have the opportunity to follow her curiosity, seek answers, and add to the public’s understanding of important issues” – the same elements which attracted her to the discipline of history. While working as a reporter and editor at the Fort Wayne (Indiana) News-Sentinel, she and her colleagues were co-recipients of the Pulitzer Prize for General Local Reporting for their coverage of a flood that ravaged the town. Charlene muses that she and her colleagues “were too young to know that we were doing anything remarkable, but we had outstanding bosses to lead the way.”

While working for the Inquirer as an assistant national editor, Charlene decided to begin taking courses at the University of Pennsylvania, as part of its new master of liberal arts program.  She enjoyed the program immensely and wanted to pursue further study.  After she graduated from Penn with her master’s degree in 1992, she enrolled at Temple University, where she earned her Ph.D. in history in 1997.  She began to teach at Villanova immediately after her graduation from Temple.

Charlene was drawn to Rutgers-Camden because its urban location allows it to “create opportunity for meaningful public service by students, faculty, and staff.  It’s a place for strivers, not an enclave of privilege.  I think it’s especially important that we are helping to regenerate a post-industrial city.  This adds value to coming to work every day.”

Her interest also extends to the city of Philadelphia, as well as its surrounding region.  She and her MARCH colleagues, together with scholars and civic partners throughout the region, have been working extensively on a digital encyclopedia of the greater Philadelphia area.  The project addresses questions such as “what is the ‘Greater Philadelphia’ region?  What lies at the heart of civic identity?”  The fact that the encyclopedia is digital also adds an interesting twist.  “Our project is rooted in a process of civic engagement, which includes public nominations of topics and a public program series.  Each topic is published immediately as it is completed, and each serves as a hub for finding related digital resources, archival collections, and historic places throughout the region,” Charlene says.  At the project’s conclusion, the digital resource will be curated into a print volume to be published by the University of Pennsylvania Press.

With MARCH settled into new offices this year at 211 N. Fifth Street, in the Cooper Street Historic District, Charlene looks forward to continuing to pursue projects and programs that contribute to Rutgers-Camden’s reputation for research and civic engagement.

Rank: Associate Professor of History; Director of the Mid-Atlantic Regional Center for the Humanities (MARCH)