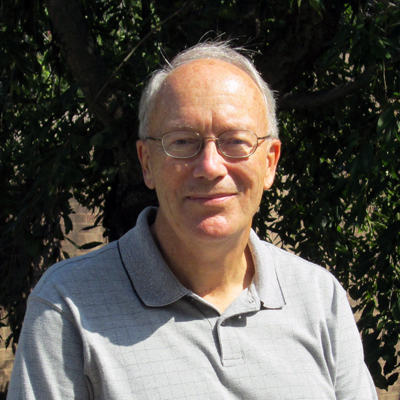 As we inch closer to November 6th and another election, it is natural to consider the U.S. Constitution, and more specifically, the constitution of the state of New Jersey.  Dr. Alan Tarr, Professor II of Political Science, knows a thing or two about constitutions.  He is a leading expert on American constitutional law, state constitutions, and comparative constitutionalism.

Alan’s study of American politics and constitutionalism started early in his time at graduate school at the University of Chicago.  His dissertation centered on state constitutions, and that topic has been a focus of his research since.  He is the founding director of Rutgers-Camden’s Center for State Constitutional Studies.  This center is the only one of its kind, and hosts visiting scholars from all over the world.  The work the center does it particularly gratifying, Alan says, because it has real-world consequences.  One of his proudest accomplishments is the completion of three volumes of work that address different aspects of state constitutions in the twenty-first century.  These volumes, coauthored with Robert F. Williams, who is the associate director of the Center for State Constitutional Studies and a Distinguished Professor of Law at Rutgers-Camden, are particularly dear to him because they “serve people.”

Alan started his teaching career as an assistant professor at St. Olaf College in Minnesota.  He left St. Olaf for Rutgers-Camden in 1978, and over the years he has risen in the ranks to become Distinguished Professor of Political Science in 1997.  He was drawn to Rutgers-Camden for many reasons: his desire to be back on the East Coast, the fact that Rutgers-Camden was located in a bustling metropolitan area, and because he was intrigued by Rutgers-Camden’s unique position of having the feeling of a small liberal arts college but also being part of a major research university.

Thirty-four years later, Alan is glad he made the move to Rutgers-Camden.  “The students are terrific,” he says.  “They are committed to their education, and it’s exciting to introduce them to things they didn’t know about.”  Alan particularly enjoys guiding undergraduates in the research process, stating that the research a student does is often the highlight of their education and informs the person they can become.  Alan also praises Rutgers-Camden’s administration, saying that “we have been blessed with good leadership, and the vision of what we can be.”  While he is quick to point out the merits of his students and colleagues, Alan’s talents have also been recognized.  He received the Provost’s Award for Teaching Excellence in 1995 and the Rutgers Alumni Association Outstanding Teacher Award in 2006.

Alan continues to be a busy scholar.  In this year alone, he has co-edited Constitutional Dynamics in Federal Systems, which brought together scholars from throughout Europe and North America, and his book, Without Fear or Favor: Judicial Independence and Judicial Accountability in the States, was published.  Currently on leave and serving as a Visiting Fellow at Boston College, he’s started work on his new book.  As much as he enjoys his research, though, Alan is excited to get back in the classroom in the spring.  He’ll be teaching a constitutional law course and an Honors College seminar called “Justice in America.”  “It’s a privilege to work with the students,” he says.  It’s guaranteed that his students find it as much of an honor to be taught by such a distinguished scholar.