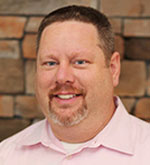 Mr. Allen holds a Juris Doctor from Widener University School of Law and a master’s degree in criminal justice from West Chester University, where he graduated with honors. He also graduated with honors from Rutgers University–Camden, where he received his bachelor’s degree in criminal justice. He teaches courses on organized crime, white-collar crime, and varieties of crime. Mr. Allen has been an adjunct at several local colleges, including Rutgers University–Camden, for several years. In addition to working as an adjunct, Mr. Allen worked in the staffing industry for several years, and, using his experience in job searches, he spends a great deal of time working with students who seek careers in the criminal justice field. Mr. Allen is also the sociology, anthropology, and criminal justice department’s coordinator for off-campus programs. 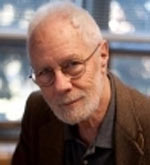 A Rutgers University–Camden alumnus, Mr. Aregood joins us from the University of North Dakota, where he served as the Charles R. Johnson Professor of Communication. Prior to his time at the University of North Dakota, Mr. Aregood was public editor and editorial page editor at the Philadelphia Daily News and editorial page editor at the Star-Ledger of Newark, New Jersey. In 1985, he received the Pulitzer Prize for Editorial Writing.

Mr. Arnarson has been a member of the Rutgers University–Camden staff since 2005, working in roles such as theater audio and production director, theater programs director, and theater and concert manager. Stefán conducts the Rutgers Orchestra Ensemble and was recently the conductor for Rutgers University–Camden’s production of Henry Purcell’s The Fairy Queen. Also a sound designer for theater, Stefán’s most recent projects include True Story, a new critically acclaimed play mounted by the Passage Theater company, and Hedgerow Theater’s 39 Steps. As a session musician and recording engineer, he has worked with numerous artists through the years in many different genres of music. Stefán earned his master of music in cello performance from the University of Michigan. 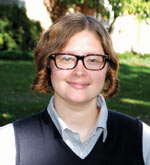 Dr. Bak joins us from Franklin and Marshall College in Lancaster, Pennsylvania, where she was a Visiting Assistant Professor of Film and Media Studies and teaching courses such as “Introduction to Film and Media Studies” and “Documentary History and Theory.” Prior to her time at Franklin and Marshall, Dr. Bak was an Artemis A.W. and Martha Joukowsky Postdoctoral Fellow at the Pembroke Center for Teaching and Research on Women at Brown University. Dr. Bak earned her Ph.D. in Film and Media Studies from the University of California–Santa Barbara in 2012. Her dissertation title was “Perception and Playthings: Optical Toys as Instruments of Science and Culture.”

Dr. Balagopalan earned her Ph.D. in International Education from New York University. Most recently she was an Associate Professor at the Centre for the Study of Developing Societies (CSDS), New Delhi. Dr. Balagopalan served as one of the founding editors of Contemporary Education Dialogue and is on the editorial board of Childhood: A Journal of Global Child Research. Dr. Balagopalan’s research is on postcolonial childhoods and her work explores the tensions between children’s work and schooling as a key site where discourses of colonial modernity, the ‘developmental’ nation state, late capitalism and current transnational efforts around children’s rights get played out. Her book, Inhabiting ‘Childhood’: Children, Labour, and Schooling in Postcolonial India, was published in May 2014. Dr. Balagopalan will serve as the Graduate Director for the Childhood Studies Program. 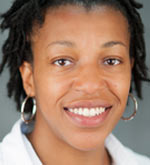 Dr. Blessett joins us from the University of Central Florida, where she was an assistant professor in the School of Public Administration. She earned her Ph.D. in urban policy from Old Dominion University, where she wrote her dissertation on “Dispersion or Re-segregation: A Spatial and Temporal Analysis of Public Policies and their Impact on Urban African American Mobility.” 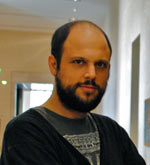 Dr. Brown is the inaugural director of the Digital Studies Center, an interdisciplinary, collaborative research, development, and education center that supports projects in the arts, humanities, natural sciences, and social sciences that use digital technologies. Formerly an assistant professor of English at the University of Wisconsin-Madison, Dr. Brown holds a Ph.D. in English with a concentration in Digital Literacies and Literatures from the University of Texas-Austin. His research focuses on the ethical and rhetorical dimensions of new media technologies. 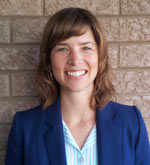 Dr. Cairns earned her Ph.D. from the Department of Sociology and Equity Studies in Education at the Ontario Institute for Studies in Education at the University of Toronto, where she wrote her dissertation on “Mapping Futures, Making Selves: Subjectivity, Schooling, and Rural Youth.” Prior to her arrival at Rutgers University–Camden, Dr. Cairns was a SSHRC Postdoctoral Fellow in the Department of Sociology at the University of Toronto. Her current research examines educational initiatives that seek to connect children to their food. In 2013, Dr. Cairns received the Alice Wilson Award from the Royal Society of Canada. 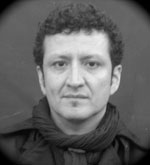 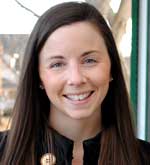 Dr. Dittmar earned her Ph.D. in political science from Rutgers University. She is jointly-appointed as an assistant professor at Rutgers-Camden and a scholar at the Center for American Women and Politics (CAWP) at the Eagleton Institute of Politics (Rutgers – New Brunswick), where she most recently served as an assistant research professor. Dr. Dittmar’s dissertation, “Campaigns as Gendered Institutions: Stereotypes and Strategy in Statewide Races,” will be published as a revised manuscript (Navigating Gendered Terrain: Stereotypes and Strategy in Political Campaigns, Temple University Press) in January 2015. Her fields of study include women and politics, American politics, and public policy. 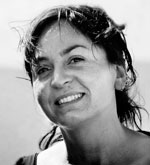 Dr. González joins us from the University of British Columbia, where she was a post-doctoral fellow in the Biodiversity Research Centre & Department of Zoology. She earned her Ph.D. in biological sciences (ecology) from the Pontificia Universidad Católica de Chile, where she studied how ecosystems respond to spatial and temporal variation in water and nutrient availability. Dr. González’s research explores how the supply, flux, and allocation of energy and matter constrain the structure and functioning of ecological systems (i.e., food webs and ecosystems). 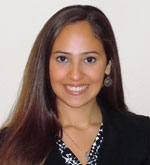 Dr. Griepenburg did her undergraduate studies at Seton Hall University and earned her Ph.D. in chemistry from the University of Pennsylvania. While at Penn, she received the Penn Chemistry Outstanding Graduate Teaching Assistant Award. Her dissertation title was “Regulating Gene Expression with Light-Activated Oligonucleotides.” 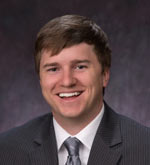 Dr. Hayes earned his Ph.D. in public administration and policy from American University, where he served as a research assistant for the School of Public Affairs. In 2013, Dr. Hayes received the Emerging Scholars Award from the National Association of Schools of Public Affairs and Administration (NASPAA). His research interests include public budgeting and finance, public management, and education finance and policy. He teaches Foundations of Policy Analysis and Financial Management of Public Programs to MPA students. 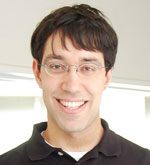 Dr. Kapur earned his Ph.D. in Japanese history from Harvard University, where he served as a postdoctoral fellow at the Reischauer Institute of Japanese Studies and as a postdoctoral fellow at the Fairbank Center for Chinese Studies. Additionally, he was a visiting lecturer in history at the Massachusetts Institute of Technology (MIT). His dissertation was titled “The 1960 US-Japan Security Treaty Crisis and the Origins of Contemporary Japan.” In 2008, Dr. Kapur received the Fulbright IIE Graduate Research Fellowship. 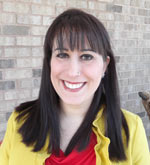 Dr. Karapanagiotis joins us from Georgia Southern University, where she was assistant professor of religious studies and director of the Sanskrit curriculum. She earned her Ph.D. in the religious traditions of South Asia from Indiana University, where she wrote her dissertation, “Does Cyber-Smoke Reach the Gods? The Shift from Materiality in Virtuality in Hindu Divine Embodiment and Ritual Performance.” Her research areas includes devotional Hinduisms, theistic Ved?nta philosophies, method and theory in the study of religion, ritual theory, religion and technology, and religious studies pedagogy. 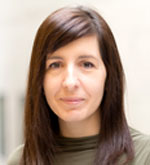 Dr. Latu earned her Ph.D. in social-cognitive psychology from Georgia State University, where she wrote her dissertation, “Reducing automatic stereotype activation: Mechanisms and moderators of Situational Attribution Training.” Her research interests include stereotyping and prejudice, gender and emotions, and power and empowerment. She joins us from the University of Neuchâtel in Switzerland, where she was a Swiss National Science Foundation (SNSF) Ambizione Fellow. 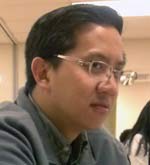 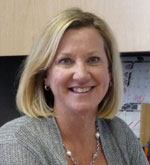 Dr. McGuire earned her Ph.D. in public administration from Rutgers University. Prior to joining us on the Camden campus, she was the associate director of the Center for Executive Leadership in Government (CELG) and an assistant professor at Rutgers University–Newark, where she taught classes such as Human Resources Administration and Strategic Planning and Budgeting. Dr. McGuire will be the graduate director for the public policy and administration program.

Mr. Mobley holds an M.F.A. in scenic design and theater technology from West Virginia University. He has served as technical director, building coordinator, and resident designer at Rutgers University–Camden since 1993. The most recent productions he’s designed for are The Fairy Queen and Nickel and Dimed, both produced at Rutgers University–Camden. Mr. Mobley received the Kennedy Center Excellence in Design Award in 2011. 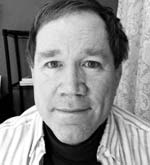 Dr. Morelli earned his Ph.D. in mathematics from the University of Nebraska-Lincoln. His main research interests include economic development, international economics, microfinance for developing countries, managerial economics, economics of investment and capital markets, money and banking, and applied economics. Dr. Morelli formerly served as an assistant professor of mathematics at Gloucester County College and an adjunct professor of economics at Rutgers University-Camden. 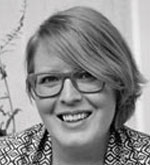 Dr. Sayre joins us from the University of Wisconsin-Madison, where she was an associate lecturer of English. She earned her Ph.D. in comparative literature from the University of Texas-Austin, where she wrote her dissertation “The Work of Death in the Americas: Narrative, Necropolitics, and the Historical Romance in the Post-Revolutionary Era.” Her research interests include early national inter-American literature and literary theory. 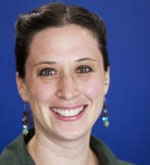 Dr. Shames earned her Ph.D. in American government from Harvard University, where she wrote her dissertation “Roots of Political Ambition: Gender, Race, and the Decision (Not) to Seek Office.” For the 2012-2013 academic year, Dr. Shames received a Dissertation Fellowship from Harvard’s Kennedy School of Government’s Ash Center for Democratic Governance. 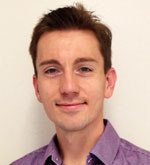 Dr. Stansfield joins us from the University of Delaware, where he earned his Ph.D. in sociology. His dissertation “Environmental Adversity and Urban Violence: A Normative Development Approach,” integrated many of his core research interests, including: youth and intimate partner violence; youth development; structural predictors of crime; race, ethnicity, and immigration. Born and raised in the United Kingdom, his research on urban disadvantages and crime also incorporates cross-national perspectives, with a particular interest in violence in England and Scotland.