Rutgers University–Camden is open and operating. The spring semester will combine a majority of remotely delivered instruction with a limited number of face-to-face classes. In-person events are canceled until further notice. Use the My Campus Pass app before coming to campus and remember the three Ws: Watch Your Distance, Wash Your Hands, Wear Your Face Covering.
Home » Faculty » FASC New Faculty 2015-2016 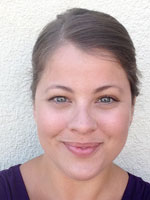 Dr. Bowers earned her Ph.D. in political science, with a specialization in global urban studies, from Michigan State University where she wrote her dissertation, “Local Policymaking in an Age of Federalism: The Role of Federal Incentives in Municipal Homelessness Policy,” on how cities have responded to the homelessness crisis. Her research interests include urban politics and policy, policy feedback loops and the policy process, minority and immigration policy and politics, and the science of teaching and learning. 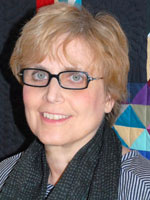 Dr. Dell Clark has been a member of the Rutgers University-Camden community since 1999, when she became a Research Associate for the Center for Children and Childhood Studies. In 2010, Dr. Dell Clark joined the Department of Sociology, Anthropology, and Criminal Justice as a Visiting Associate Professor. Dr. Dell Clark had previously served as a faculty member at Pennsylvania State University–Brandywine, the University of Pennsylvania, and DePaul University. In 1991, Dr. Dell Clark earned her Ph.D. in comparative human development from the University of Chicago. She is a 2013 recipient of the Civic Engagement Award at Rutgers–Camden. Among Clark’s many publications on children and culture, her most recent book — In A Younger Voice (Oxford University Press 2011) — provides a toolkit for researchers who want to do ethnographic research that includes children’s perspectives. 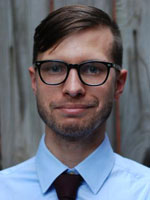 An alumnus of the Rutgers University Graduate School–Camden, Mr. DuBose earned his master’s degree in English in 2014. That same year, he received the James Sanderson Graduate Award, which is awarded to the student who wrote the best graduate paper in the previous academic year. Mr. DuBose has served as a Graduate Assistant for the Teaching Matters and Assessment Center (TMAC) at Rutgers–Camden, and as a Research Assistant for the Rutgers Committee on Instructional Technology at Rutgers–New Brunswick. He will be managing the Writing and Design Lab, a new pilot project which will help students in English courses with digitally-focused writing projects. 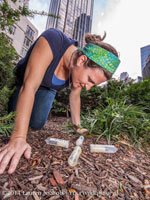 Dr. Savage joins us from North Carolina State University, where she was a postdoctoral scholar for the Department of Biological Sciences studying insects in urban ecosystems. In 2011, she earned her Ph.D. from Rice University, where she wrote her dissertation on “Anoplolepis gracilipes invasion of the Samoan Archipelago: Can mutualisms with native species amplify ecological consequences?