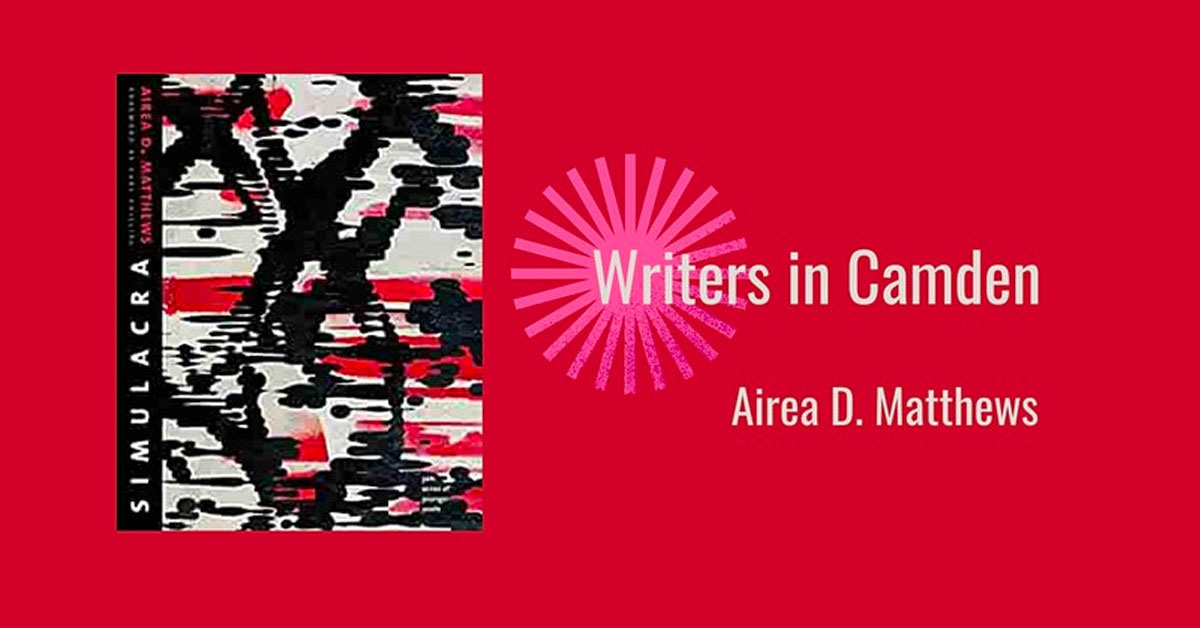 The Writers House will begin its Fall 2021 Writers in Camden Series on Wednesday, September 29, with poet Airea D. Matthews. Matthews, a Visiting Faculty Member, is a winner of the Yale Younger Poets award for her debut collection Simulacra.

This free, virtual event begins at 7 p.m. Registration is required.

For her writing, Matthews earned a 2020 Pew Fellowship as well as the 2017 Margaret Walker For My People award. In 2016, she received both the Rona Jaffe Foundation Writers’ Award and the Louis Untermeyer Scholarship in Poetry from the Bread Loaf Writers’ Conference. Her work has appeared in Callaloo, Gulf Coast, Best American Poets, American Poet, The Rumpus, Tin House, Los Angeles Review of Books, Harvard Review, and elsewhere. A Cave Canem, Callaloo, and Kresge Literary Arts Fellow, Matthews is a founding member of the transdisciplinary art studio The Teeth Factory.

Matthews holds a B.A. in Economics from the University of Pennsylvania as well as an M.F.A. from the Helen Zell Writers’ Program and an M.P.A. from the Gerald Ford School of Public Policy, both at the University of Michigan. She is an assistant professor and directs the poetry program at Bryn Mawr College, where she was presented the Lindback Distinguished Teaching award.