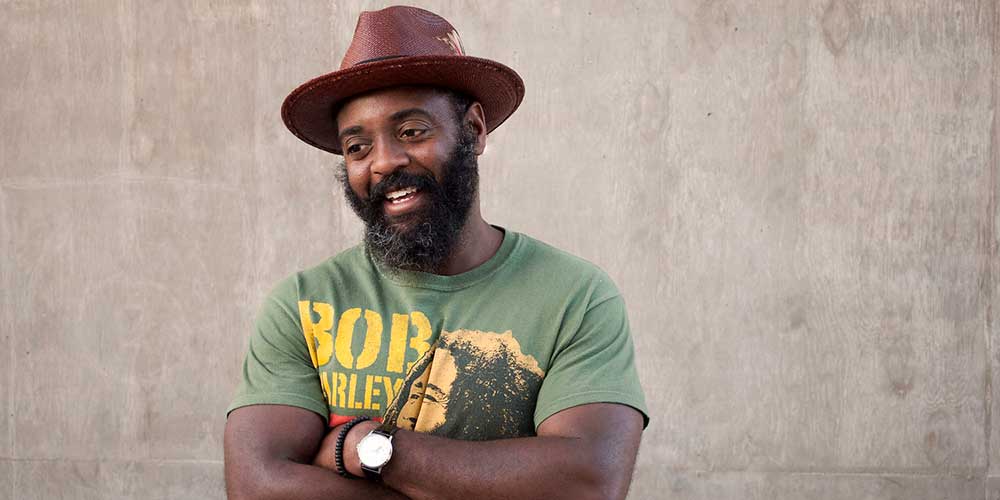 The Writers House presents the Spring 2021 Writers in Camden Series on Wednesday, April 7, with a virtual reading by poet Reginald Dwayne Betts. This free event begins at 7 p.m. Registration is required.

Reginald Dwayne Betts transformed himself from a sixteen-year old kid sentenced to nine-years in prison to a critically acclaimed writer and graduate of the Yale Law School. He has written two collections of poetry, the recently published and critically acclaimed Bastards of the Reagan Era and Shahid Reads His Own Palm. When he was awarded the PEN New England Award for poetry for his collection, Bastards of the Reagan Era, judge Mark Doty said: “Betts has written an indelible lament for a generation, a necessary book for this American moment.” His memoir, A Question of Freedom: A Memoir of Learning, Survival, and Coming of Age in Prison, is the story of a young man confined in the worst prisons in the state of Virginia, where solitary confinement, horrific conditions, and the constant violence threatened to break his humanity. Instead, Betts used the time to turn himself into a poet, a scholar, and an advocate for the reform of the criminal justice system.

Betts’ latest collection of poetry, Felon, was published in October 2019 by Norton. His poetry interrogates and challenges our notions of justice. New York Times critic Michiko Kukatani calls Betts’ work both “haunting and harrowing.” A recent collaboration with visual artist Titus Kaphar led to The Redaction, an exhibition of prints at MoMA PS1. Drawing inspiration and source material from lawsuits filed by the Civil Rights Corps on behalf of people incarcerated because of an inability to pay court fines and fees, The Redaction features poetry by Betts in combination with Kaphar’s etched portraits of incarcerated individuals. Together, Betts’ poems and Kaphar’s printed portraits blend the voices of poet and artist with those of the plaintiffs and prosecutors, reclaiming these lost narratives and drawing attention to some of the many individuals whose lives have been impacted by mass incarceration.