Home » News » Welcome, New Faculty Members of the Faculty of Arts and Sciences–Camden! 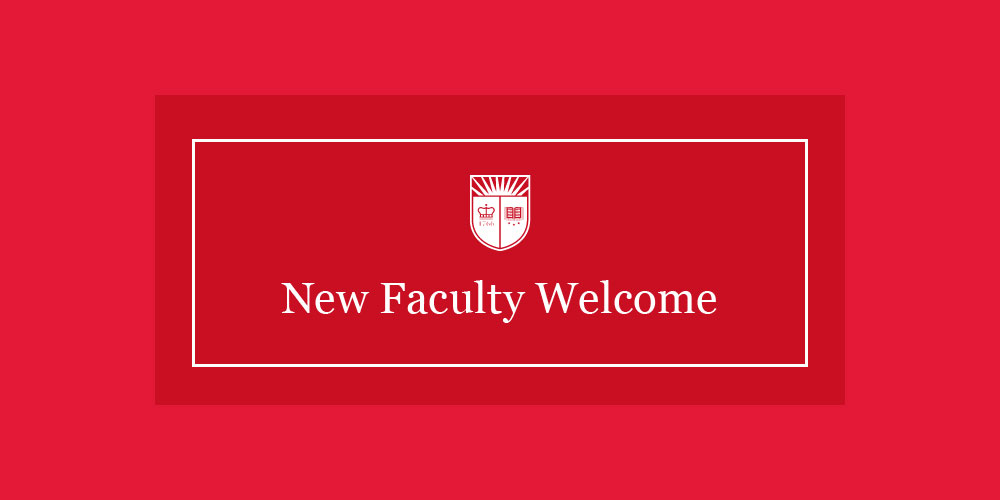 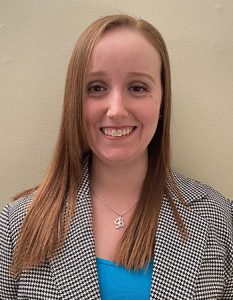 Bailey Blessing is a Rutgers–Camden alumna twice-over, having earned her Bachelor of Science degree in Chemistry in 2016, followed by her Master of Science degree in Chemistry in May 2020. She studied under Dr. David Salas-de la Cruz and wrote her thesis on “The Relationship Between Morphology and Ionic Conductivity of Silk and Cellulose Biocomposites.” Ms. Blessing has served as a teaching assistant and part-time lecturer for Rutgers–Camden. 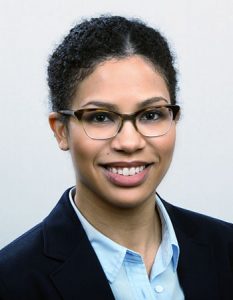 Dr. Kendra D. Boyd earned her doctorate in history from Rutgers University–New Brunswick in 2017, writing her dissertation on “The Great Migration and Black Entrepreneurship in Detroit.” She received a Special Achievement Award for her work on the university’s Scarlet and Black Project research team, and subsequently served as a postdoctoral associate on the project. Dr. Boyd co-edited the volume, Scarlet and Black, Volume Two: Constructing Race and Gender at Rutgers, 1865-1945. She is currently writing a book on black entrepreneurship and racial capitalism in Great Migration era Detroit, Michigan. Prior to joining the faculty at Rutgers–Camden, Dr. Boyd was an assistant professor of history at York University in Toronto. 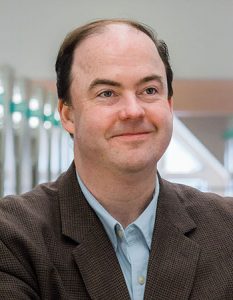 Dr. Michael J. Boyle joins the Department of Political Science from La Salle University, where he served as associate professor and chair. He earned his doctorate in international relations from the University of Cambridge and has held fellowships at Stanford, Harvard, and the Australian National University.  He is also a Senior Fellow at the Foreign Policy Research Institute.  Among his most recent books are The Drone Age: How Drone Technology Will Transform War and Peace, Violence after War: Explaining Instability in Post-Conflict States and the edited collection, Non-Western Responses to Terrorism. 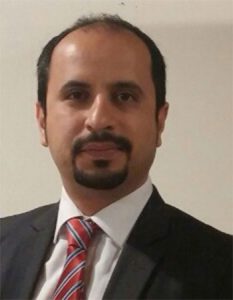 Dr. Iman Dehzangi joins the Department of Computer Science from Morgan State University, where he served as the Director of the Master of Science in Bioinformatics Program. Dr. Dehzangi earned his doctorate in computer science (majoring in Machine Learning, Bioinformatics, and Computational Biology) from Griffith University in Brisbane, Australia. His research background includes Bioinformatics and Computational Biology, Pattern Recognition and Data Mining, Artificial Intelligence, Machine Learning, and Deep Learning. 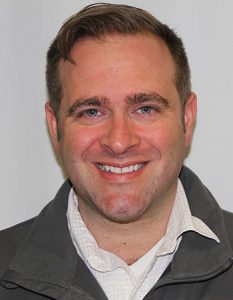 Title/Rank: Assistant Professor
Department: Biology and the Center for Computational and Integrative Biology

Dr. Anthony J. Geneva joins the Department of Biology and the Center for Computational and Integrative Biology from Drexel University, where he served as a Research Assistant Professor, as well as a Research Scientist for The Academy of Natural Sciences. A graduate of the University of Rochester, Dr. Geneva earned his doctorate in ecology and evolutionary biology. He served as a post-doctoral fellow at Harvard University, studying organismic and evolutionary biology. 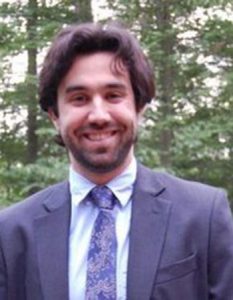 Dr. Anthony J. Grasso, a Rutgers University alumnus (2011), earned his doctorate in political science from the University of Pennsylvania, where he wrote the dissertation, Punishment and Privilege: The Politics of Class, Crime, and Corporations in America. Dr. Grasso joins the Department of Political Science from the United States Military Academy, where he served as Assistant Professor of American Politics. His teaching and research interests include American political development; American political institutions; American political thought; public policy and social policy; crime and mass incarceration; race, class, and inequality; law and courts; and political economy and business. 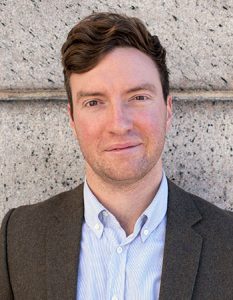 Dr. Evan Jewell joins the Department of History from Georgetown University, where he was a visiting assistant professor in the Department of Classics. A graduate of Columbia University, Dr. Jewell wrote the dissertation Youth and Power: Roman Performances of Age and Ageing from Plautus to Nero. Among Dr. Jewell’s research and teaching interests are: youth, age, and ageing in the Roman world; displacement and migration in the ancient Mediterranean; Roman topography and urbanism; digital humanities; Roman colonization and its reception in the colonial world; Roman slavery; Roman portraiture, sculpture, mosaics, and wall painting; ancient gender and sexuality; Roman villa culture; oratory and politics in the Roman Republic; and memory studies. 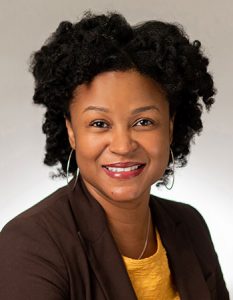 Dr. Tamara Nelson joins the Department of Psychology from Bentley University, where she was a Visiting Assistant Professor for the Department of Natural and Applied Sciences. Dr. Nelson, a Rutgers University alumna (2003), earned her doctorate in clinical psychology from Clark University, where she received the Edward Hornstein Scholar Award. She also completed a postdoctoral fellowship at the Alpert Medical School at Brown University. Recent publications include “Do I really need to go see somebody? Black women’s perceptions of help-seeking for depression” (published in 2020 in the Journal of Black Psychology) and “Language proficiency, alcohol and drug use among Latinx groups: A brief report of the role of religious engagement,” published in 2020 in Professional Psychology: Research and Practice. 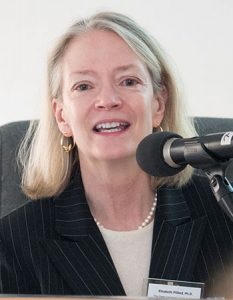 Since 2005, Dr. Elizabeth Pilliod has been on the Rutgers–Camden faculty as a part-time lecturer and then a visiting professor in art history with the Department of Visual, Media, and Performing Arts (formerly the Department of Fine Arts). A graduate of the University of Michigan–Ann Arbor, Dr. Pilliod’s dissertation was Studies on the Early Career of Alessandro Allori. Her newest publication, Pontormo at San Lorenzo: The Making and Meaning of a Lost Renaissance Masterpiece, is due out in October 2020. 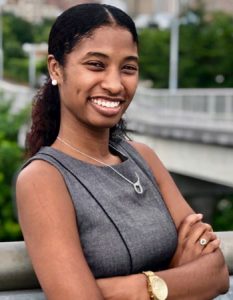 Dr. Kayla Preito-Hodge is an Assistant Professor in the Department of Sociology, Anthropology, and Criminal Justice at Rutgers University-Camden. Her research and teaching explores the intersections of race, policing, organizations, and the larger criminal justice system. Dr. Preito-Hodge earned her BA in sociology from Boston College (14’) and her Ph.D in sociology from the University of Massachusetts-Amherst (20’). Dr. PH is an avid supporter of criminal and juvenile justice reform. 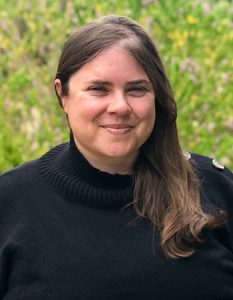 Dr. Jovanna P. Rosen joins the Department of Public Policy and Administration from the Sol Price School of Public Policy at the University of Southern California, where she served as a Research Assistant Professor. Dr. Rosen earned her doctorate in urban planning and development from USC as well. She specializes in community and economic development, social and environmental justice, and sustainable communities. She is currently working on a book, Left at the Table: The Fight for Community Benefits, that examines community benefits as an equitable development strategy. Her work has been published in the Annals of the American Association of Geographers, the Journal of the American Planning Association, the Journal of Planning Education and Research, Planning Theory, and the Journal of Planning Literature.