An accidental project that began last November has morphed into an adventure of a lifetime for forensic archaeologist Kimberlee Moran, Director of Forensic Science.  Moran, along with area archaeologists such as Dr. George Leader from The College of New Jersey and Anna Dhody, curator of the Mütter Museum, and a group of dedicated students, first joined what is now known as the Arch Street Project after human remains were uncovered during a construction project in Old City Philadelphia.  What started as one box of human bones quickly turned into over 160 sets of human remains, left behind from the former burial ground of the Old First Baptist Church, established in 1707.

There was a clear need for the remains to be excavated from the site.  Given by the developer just one week to do a job that would normally take years, Moran put a call out to her colleagues and students, many of whom jumped at the chance to participate.  Danielle McGonigle, a biology major who took the class Forensics: Methods and Techniques with Moran in the spring, was one such volunteer.  She calls the experience digging at 218 Arch Street “surreal and chaotic.” 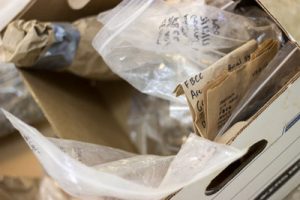 Once the remains were removed from the ground, the next step was to catalog the bones.  Rutgers–Camden provided financing to rent a space in Burlington County, and once the coffins and bones were moved, Moran and her crew set to work.  Calling themselves “the caretakers of these materials,” Moran says, “every coffin has held a surprise.”  The remains, which are thought to range from the mid-1700s to the mid-1800s, have largely belonged to the elderly and also infants and toddlers.  Some of the skeletons have been well preserved, and the team has found hair, skin, brains, lungs, and a liver along with the bones.  Material items such as soles of shoes, ceramic fragments, and pins that held together the shrouds bodies were buried in have also been discovered.

“This is an amazing opportunity,” Moran says.  “It’s really important to see what the lives of early Philadelphia residents were like.”

Indeed, this project is truly interdisciplinary, with a seemingly limitless list of possible research opportunities.  In addition to learning about life and burial customs in Philadelphia during this time period, there are opportunities to analyze DNA and examine the soil in which the coffins were placed.  Also, Moran is working with the LEAP Academy, the Department of Physics, and the Office of Information Technology (OIT) on facial reconstruction of skeletons through 3D printing.

This fall, students will have an opportunity to engage fully in the project for course credit.  Moran is offering 50:070:385:01 Special Topics in Anthropology: Bones and Bioarcheology, an Experiential Learning Lab course.  Students will work alongside Moran and her colleagues, combing through each box of bones and learning about science and history in a project that has real, immediate impact.  The course is an important building block in the forensic science program Moran is building for Rutgers–Camden.

To follow the progress of this project, visit www.archstbones.org.

Ultimately, the bones will be reinterred at Mount Moriah Cemetery, located in Southwest Philadelphia, which is the burial ground they were supposed to have been taken to back in 1859-1860.  As Moran’s colleague Anna Dhody told the Courier-Post, while the knowledge gained from these remains is invaluable, “the most important part is to get them back to Mount Moriah, where they belong.” 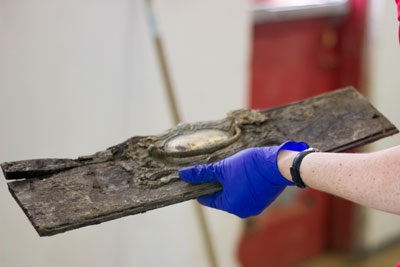 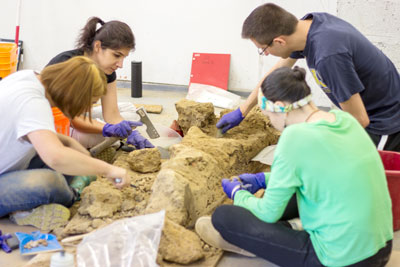 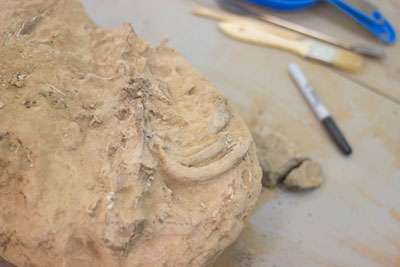 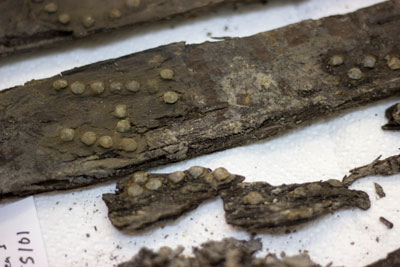