The university remains open. The university, all clinics, libraries, and research operations remain open. All in-person or hybrid events scheduled through January 31, 2022, should be moved to entirely virtual platforms. Supervisors are asked to allow and encourage all employees who can telecommute to please do so until January 31, 2022. Where possible, in-person classes will temporarily convert to remote classes through Sunday, January 30, 2022.
Latest COVID-19 Info
Home » News » News » Join screenwriter/director Robert Pulcini on Wednesday, Oct 14! 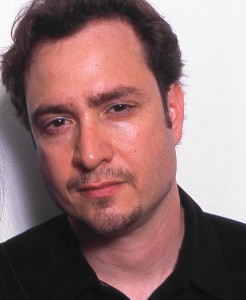 AN EVENING WITH SCREENWRITER/DIRECTOR
ROBERT PULCINI

Robert Pulcini (CCAS 1989) screens his new movie, “10,000 Saints,” and talks about his career in filmmaking.  Along with his wife, Shari Berman, Pulcini has written and directed “American Splendor” (nominated for an Oscar for Best Screenplay and winner of the Movie of the Year from the American Film Institute),  “The Nanny Diaries,” “The Extra Man,” “Cinema Verite” (nominated for 6 Golden Globes and won in Film Editing), and other films.  Born in Cherry Hill, NJ, he graduated from Rutgers-Camden and received an MFA in film from Columbia University, and now lives in New York.

This program is a minor and is intended for students in other majors who might be interested in film courses. Students will learn about the history of film as well as how to make them.

For more information on the Film Studies Program contact Lisa Zeidner at zeidner@camden.rutgers.edu.