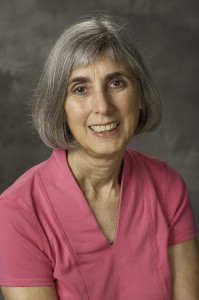 Some people find their passion early in life, when they can map out a straightforward, traditional path to satisfy their goal of turning their interest into their life’s work.  For Dr. Jane Siegel, Associate Professor of Criminal Justice, things worked out a little differently.

A lifelong Francophile, Jane majored in French literature at Drew University and spent her junior year abroad, studying at the Université de Neuchâtel in Switzerland.  While in Switzerland, the native New Yorker was stunned by the high level of contrast between the violence in a nation like Switzerland versus the United States.  “They had six murders in the whole country of Switzerland in the year that I was there.  In New York at that time, it wasn’t unusual to have six murders in one week.  I was fascinated by that.”  Because she was heading into her senior year of college, however, Jane concentrated on finishing her degree in French, and kept her newfound interest in the field of criminology as a hobby, reading criminology books on her own.

After graduating from college, Jane worked as the head of the education office of the French embassy in New York, considered to be the economic and cultural capital of the United States.  Her primary duty was to disseminate information about education in France to people who were interested in studying there, and to foster exchange programs.  Jane worked at the embassy for five years, and left the job because she decided to leave New York.   During this period she visited a friend in Philadelphia, and stayed because she fell in love!

In Philadelphia, Jane landed a job with an architectural firm, George T. Manos, PC – Architects, where she eventually assumed the role of vice president of project management.  The firm handled a lot of commercial work across the country, and while it was busy and exciting, Jane said “my heart wasn’t in it.”  Her interest in criminology was still as strong as ever, and despite the fact that she had no background in the field of criminology, she decided to call the University of Pennsylvania and Temple University – the two area universities that offered master’s degrees in the field of criminology at the time – and learn more about their programs and her chance of being accepted into them.  Shortly thereafter, she enrolled at Penn and received both her master’s and doctorate degrees in the field of criminology.

Jane calls going back to school a “wonderful privilege” and a “gratifying experience.” She believes she particularly appreciated this opportunity because she was out of school for so long that it was especially thrilling to learn completely new things and skills. She recalls moments where she would be sitting in the library doing research, and she’d think, “‘I can’t believe I’m getting paid to do this!’  I felt like a kid in a candy store!”

After earning her Ph.D., Jane started at Widener University as an assistant professor.  Widener emphasized teaching, and Jane wanted to be at an institution that emphasized research.  However, Jane and her husband also wanted to stay in the Philadelphia area, so her choices were limited.  When the position of assistant professor of criminal justice was posted, Jane jumped on it, because she knew that Rutgers had a terrific reputation as a research university.  When she was offered the job, Jane says, “I was thrilled!  And I’ve been so happy here.”

One of Jane’s favorite experiences in a class that she’s taught at Rutgers-Camden was part of an Honors Seminar called Children and Violence.  Rutgers-Camden students worked with high school students from MetEast, a Camden charter school, and together they created a survey about attitudes toward violence and experiences with violence.   The MetEast students surveyed Camden children, while the Rutgers-Camden students used their peers as survey participants.  “It was just really interesting to work together with a high school like that,” Jane says.  This class also connects with Rutgers-Camden’s mission of civic engagement, which Jane strongly supports.

This past academic year Jane was a Civic Fellow.  As part of that role, Jane plans to create a course where Rutgers-Camden students take a course held in a prison; prisoners will be their classmates.  The course will likely focus on juvenile delinquency and will occur during the 2014-2015 academic year.  Jane cites the importance of students going out into the community and visiting places like prisons in order to better understand both the criminal justice system and those who are incarcerated; a class such as this will help provide that opportunity.

This Civic Fellow course connects with Jane’s research of late, which stems from her concern about mass incarceration and its effects.  In 2011, Jane published Disrupted Childhoods: Children of Women in Prison.  She’s currently conducting a follow-up study to Disrupted Childhoods, focusing on the resiliency of children.  She explains that people usually think that children who have had parents go to prison are doomed; however, there are many examples of children who overcome the difficult experience of having a parent go to prison.  It’s been ten years since she conducted the original one-on-one interviews for Disrupted Childhoods, so it’s been exciting and interesting for Jane to return and see how the lives of these people have changed.

In August 2013, Jane was invited to be a “marquee participant” as part of the American Bar Foundation’s White House Conference on the Effects of Parental Incarceration on Children.  “The conference at the White House was part of an interagency initiative the Obama administration has undertaken to focus on the issue of children of incarcerated parents, which I’ve been pleased to see.   Being part of a conference at the White House was not only a thrill and an honor but also a great opportunity to meet with and hear from policymakers and practitioners,” says Jane.

Clearly, Jane is interested in collaboration, and she says that Rutgers-Camden’s small size helps facilitate interdisciplinary work and study among faculty, and students, on campus.  When she was department chair, she worked with the law school’s Children’s Justice Clinic to help create a course that the law school believes is unique in the country: criminal justice students participate in a practicum which allows them to learn how to conduct investigations by working on actual cases that student attorneys are handling under the supervision of law school clinical faculty.  “The fact that we…can bring scholars from different disciplines who share common interests together is a wonderful part of Rutgers-Camden,” Jane says.

Jane is unmistakably an asset to Rutgers-Camden.  Though her path to Rutgers-Camden wove through the French embassy, an architectural firm, and another university, she surely landed in the right place, like she was meant to be here all along.