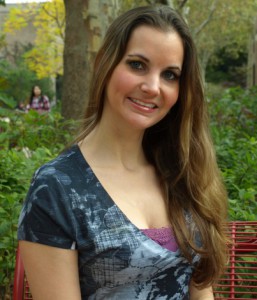 “Don’t fear a challenge.  Embrace it.”  These are the words by which Jessica Saulnier lives her life.  First uttered by Brigadier General Flora Darpino, a graduate of the Rutgers School of Law-Camden, at an on-campus speaking engagement, Jessica adopted her hero’s mantra for living life fully, and has a string of successes to share because of it.

A graduate of Burlington County College, Jessica entered Rutgers-Camden in Spring 2012.  At this point in her life, she was full of questions about her life’s path.  She loves animals, and had been working at the Saddlebrook Ridge Equestrian Center for three years, but knew that she wanted to keep her work with horses a recreational activity, rather than a professional endeavor.

The daughter of a retired Air Force captain, Jessica had always considered joining the military as an officer in the Judge Advocate General (JAG) corps.  That plan was dropped for a period, but her time at Rutgers-Camden convinced her to pick it back up.  “I was rediscovering myself,” Jessica says.  “Rutgers-Camden let me redefine who I am.”  Jessica declared a political science major, with psychology and national security minors, and made it a priority to get herself back on track.  Despite her renewed enthusiasm, there were a few bumps in the road.  She enrolled in Political Methodology with Dr. Michael Fortner, Assistant Professor of Political Science, and quickly realized that she’d have to change her strategy and completely dedicate herself to her studies if she wanted to succeed.  “I took the bull by the horns,” she says.  “I knew I had it in me.  I just had to keep pushing.”

Jessica’s determination paid off, and she began racking up a slew of honors, such as making the Dean’s List every semester and being named a recipient of the Jack Marvin Weiner Memorial Award, which recognizes general academic excellence.  Jessica credits her professors with her success, calling them “phenomenal people who are there for the students.”  In particular, she cites Dr. Michael Fortner; Dr. Wojtek Wolfe, Assistant Professor of Political Science; Dr. Shaheen Ayubi, Instructor of Political Science; and Professor Timothy Knievel, Instructor of Political Science, as helping her to improve the quality of her work, and serving as sources of inspiration.

Her success doesn’t stop with academics, however.  Jessica was recently named president of the Political Science Society.  She’s full of excitement about the society’s plans for this year. She wants to encourage the public to understand the political system so that they too can get involved.  Jessica is also passionate about doing community outreach work in Camden.  She wants to meet with Camden residents, learn what their problems are, and work with Camden government officials to rectify the issues.  Thirdly, she wants to promote networking, and invite guest speakers who can share their knowledge about how networking can land you a job.  Jessica certainly knows something about networking, as that’s how she obtained an internship with Congressman Joe Sestak, whom she worked for during the summer of 2012.

In addition to regular schoolwork and extracurricular activities, Jessica is busy preparing for law school so that she may eventually enter the JAG corps.  Rutgers School of Law-Camden is her top choice.  She knows the weight the Rutgers name carries, and is eager to stay connected to this “very supportive” and “always engaged” environment.

Clearly, Jessica’s mantra of embracing challenge is something she takes seriously.  She doesn’t shy away from hard work, and because of that persistence, her dreams are turning into realities.  No matter what comes her way, Jessica is sure to welcome the good with the bad, and to come out on top.

Hometown:  Born in Biloxi, MS; Grew up in Massachusetts and New Hampshire

Expected Camden College of Arts and Sciences Graduation Date: May 2014