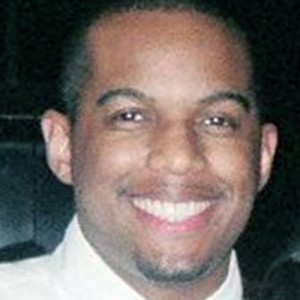 As the saying goes, when life hands you lemons, make lemonade.  Dennis A. Williams, Jr., did just that when the poor economic climate put his successful banking career on hold after he was laid off from his position as a business development officer for PNC Bank.  Rather than dwell on his misfortune, Dennis took the layoff as the opportunity to pursue his interests and earn his degree.  “I was determined to go back to school,” he says.  “Job demands, travel, and relocations placed numerous delays in my pursuit of a degree.  This time [going back to school] was a priority.”  Dennis earned his associate’s degree, and then looked for a suitable college where he could complete his degree.  A South Jersey native, he knew he wanted to stay in the area.  A family connection to Camden made him eager to make a difference in the city, and so he decided to enroll at Rutgers-Camden for his bachelor’s degree.

While working as the senior consumer lender for Commerce Bank in Washington, DC, Dennis had the opportunity to network with different advocacy groups.  His interaction with these groups led to an interest in community development, particularly in housing policy and real estate development.  While contemplating which major to declare, Dennis met Dr. Christine Brenner, a former professor in the Department of Public Policy and Administration.  After discussing his interests and background with Dr. Brenner, he found that philanthropy and community development could be a career choice.  It was then that he declared an urban studies major.

While an undergraduate, Dennis took a class in Environmental Law that “opened my eyes to a new angle – that of environmental justice.”  The class toured Camden, and Professor Peter Kroll showed the class the environmental problems and hazards that plague the city and its residents.   Dennis cites this particular class as very influential in his determination to fight for social justice, and motivated him to tackle policy and equity problems.

Dennis was thriving in the urban studies program, and Dr. Brenner recommended he apply to the dual-degree program, a Rutgers-Camden program that allows undergraduates to begin taking graduate courses that can be counted toward both the bachelor’s and master’s degrees, and at the undergraduate tuition rate.  Dennis applied to the dual-degree program and was accepted.  He is currently enrolled in the graduate public policy and administration program, with plans to graduate in October.

Throughout his time in the MPA program, Dennis’ interest in housing policy has become his central focus.  For the first half of 2012, Dennis held an internship with the Fair Share Housing Center in Cherry Hill.  While there, Dennis was “exposed to a lot;” he had the opportunity to conduct legal, planning, and policy research for litigation cases.  Currently, Dennis works with Rutgers-Camden’s Center for Urban Research Education (CURE) as a Project Assistant.  He and his CURE colleagues are conducting a housing baseline study in Camden, to assess the economic and social impacts of changing real estate markets in Camden neighborhoods.  Results of this study will be used to propose strategies for maximizing community benefits and reducing or eliminating community disadvantages associated with disinvestment and reinvestment in neighborhoods throughout the city.

As graduation approaches, Dennis reflects on his time at Rutgers-Camden, calling it “amazing.”  Currently, he is considering different paths to take.  Furthering his education is of interest; he may pursue public interest law or earn a doctorate degree in public affairs.  One thing is certain, however.  “I’m rooted in South Jersey,” he says.  “Camden is the city I’m interested in, and I would like to stay involved here.”  The city of Camden is fortunate to have an advocate as passionate as Dennis.  Regardless of the path he chooses to take, Dennis is sure to achieve much, and to make a difference in the lives of all those whom he comes across.